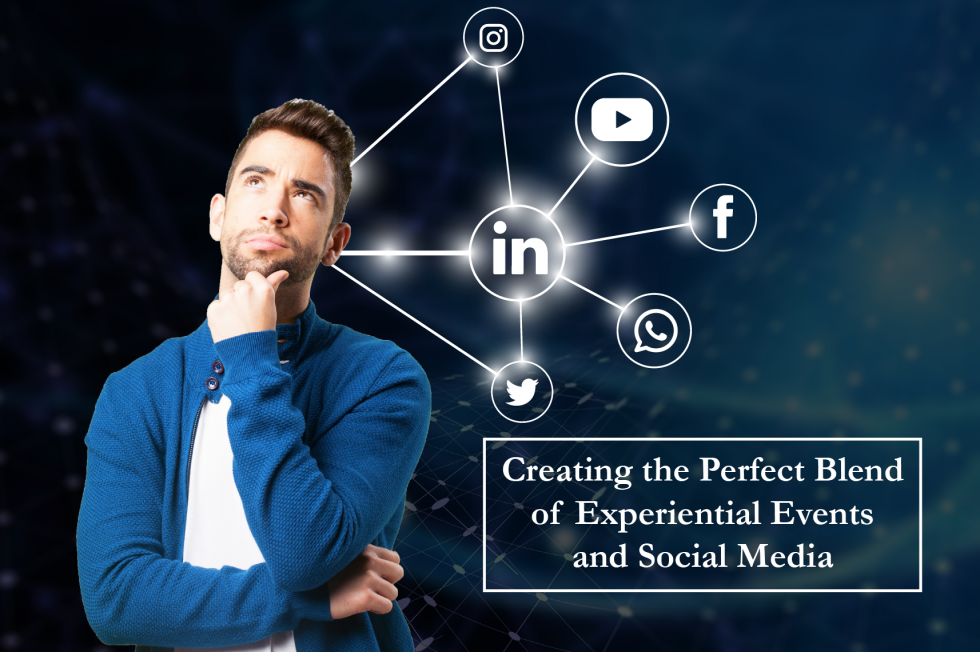 We know and have witnessed that the world is becoming more digital day by day and experiential marketing is gaining new momentum. Brand experiences build loyalty because they have the ability to create ongoing relationships with key audiences, deliver strong face-to-face interaction and more compelling brand engagement. And while many value the social popularity of experiential marketing, they often don’t leverage it well enough to build the craze and the buzz they’re after.

Social media has a wide influence, since it’s the medium that connects users across the globe cutting across borders, languages and any other superficial barriers. On the other hand, experiential marketing is the marketing tool, which assists in best explaining or putting forth a brand’s ideology to its consumers. Therefore, if you blend both the tools which aid in connecting and communicating, the output possibly is a successful experiential marketing campaign that has the potential to go viral on social media platforms.

It won’t be wrong to say then that today, social media is the most powerful and influential tool that allows for any successful experiential marketing campaign to reach its intended audience and benefit the brand’s objectives.

You can truly measure the success of your social media campaign if you know from the start what you expect success to look like. A good social media strategy begins with defining what the goals are:

Don’t Be Present Everywhere just for the Ease of it:

Make sure you choose social media channels that are relevant to your experiential marketing exercise and ones that your team and you can manage. Amplification will be more effective if you can promote on a few channels well, rather than across multiple channels poorly.

Get your targeting right and your campaign will have higher chance of resonating with the target audience. As we’ve discovered in this blog that sharing is the key to success, so make sure the emotional narrative you weave into your experiential story, is well received by your event’s audience and thus, has a higher chance of spreading across social media. Without a focused social effort, the experiential marketing activity won’t live up to its potential and the brands won’t be able to build the buzz or loyalty they’re after.