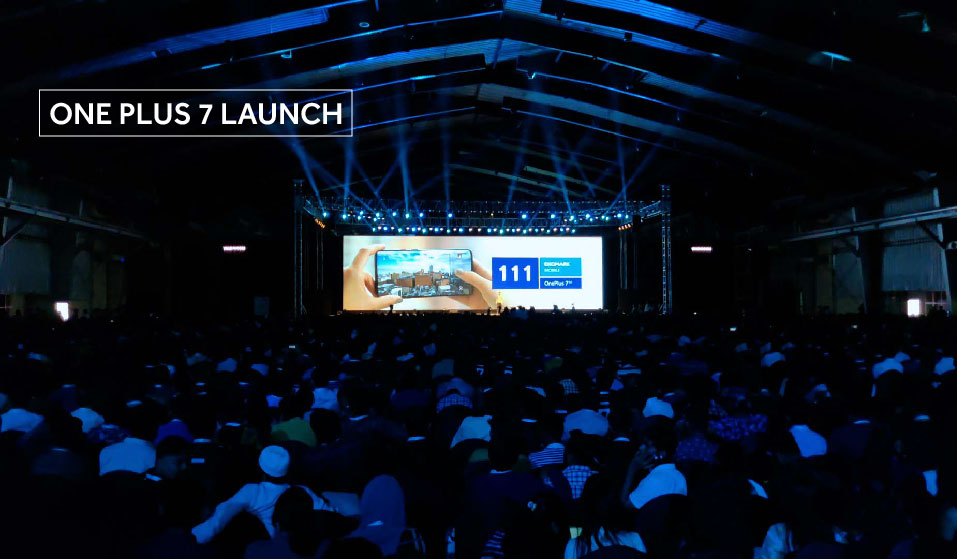 Tech buffs geared up for the much-awaited launch of the OnePlus 7 series smart phone. With a global launch executed simultaneously in three cities i.e. Bengaluru, New York and London at the same time, the global hype that had been created for this event had created a great deal of excitement among the masses.

In India, OnePlus partnered with Shobiz to devise and curate the event. Right from conceptualization to branding and graphics and crowd management, Shobiz handled all the facets of the event, transport. Shobiz had curated the previous launches of OnePlus 6T and the limited edition; OnePlus McLaren series in 2018.

A total of 3,500 people attended the event with a majority being from the OnePlus community and media. The management from OnePlus gave its feature presentations on a 100ft LED screen, which invigorated the already enthusiastic crowd. After the presentations, the audience spent their time in the “experience zone” attendees had a chance to explore its features in real time.

The highlight proved to be the “Infinity Tunnel”; a dome structure with a 360 degree glass in the interior at the entrance of the experience zone. Attendees spent a majority of their time in this interactive zone, taking selfies and “infinity images”.